Last weekend, my family and I enjoyed the wonderful theatrical production of PEPPA PIG LIVE! TREASURE HUNT. In this musical performance, you’ll go along with Peppa Pig and her friends go off on a treasure hunt. Who’s on the adventure? There’s Peppa, her brother George, friends Danny Dog, Pedro Pony and Zoey Zebra. The show features true-to-life puppets and some of Australia’s most talented musical theater performers. There are cute sing-along songs that will make you want to dance along. Yep, not just the kids but the parents too!

Timmy brought his George stuffed toy with him to the show.

My five-year-old was super excited. “I’ll watch Peppa Pig tomorrow!,” he gleefully declared Friday. When we got word that Peppa Pig was coming to Manila, we knew we just HAD to see the show. Timmy has been watching Peppa Pig on Youtube for a looooong time now. He’s been watching it so long that he speaks with a slight British accent. I kid you not. 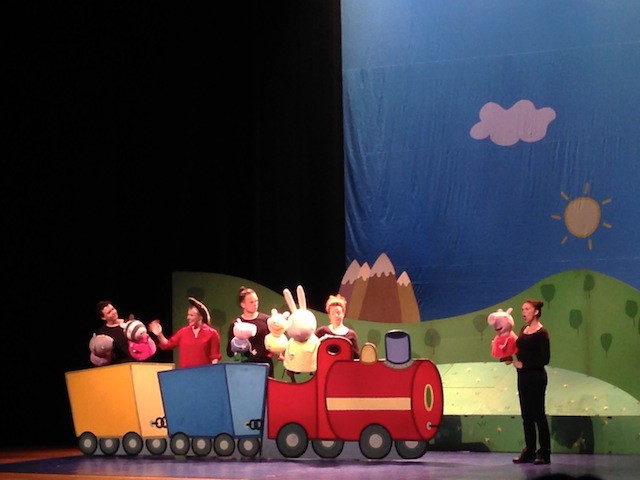 You can take pictures, but please, no flash photography!

The show was a lot of fun! I have to admit I teared up a little bit when I saw the puppets — especially Mommy and Daddy Pig. They were SO CUTE. I find the Peppa Pig cartoons on Youtube funny, so seeing the characters “live” was just an amusing experience for me. I believe it was overwhelming for my son as he was almost in tears when the show was about to start, and then gave in to tears when the show ended. 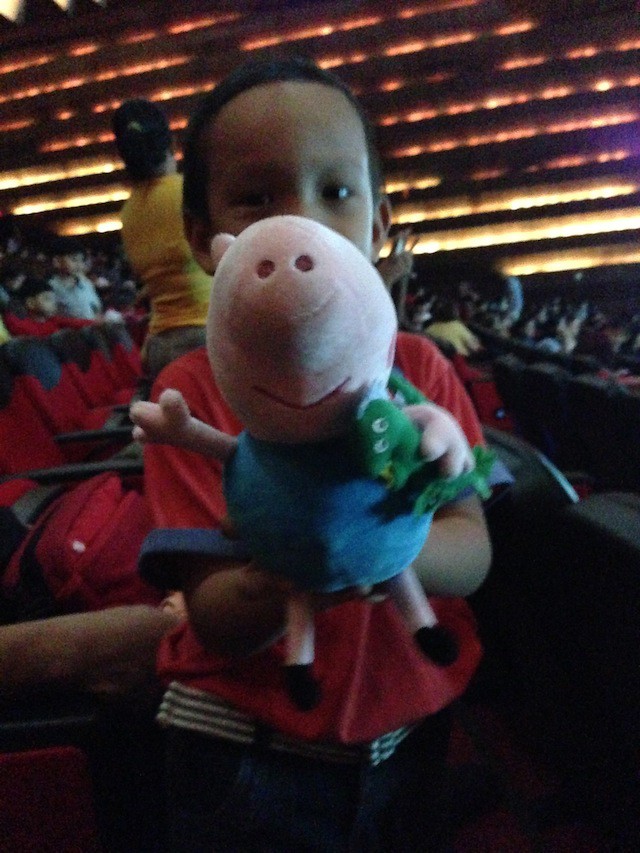 Hamming it up with George during intermission.

We were seated at the VIP area, which was about eight rows away from the stage. I think this is the right distance, especially since they were puppets! While I enjoyed watching the puppets, I also liked seeing the expressions on the puppeteers’ faces when they’d voice out the characters’ lines.

How long is the Peppa Pig Treasure Hunt show? It’s about 75 minutes, including a 15-minute intermission. We started at 11 am and ended 12.30 pm. It’s just the right length of time for little kids, I believe. A little more and they could get restless. 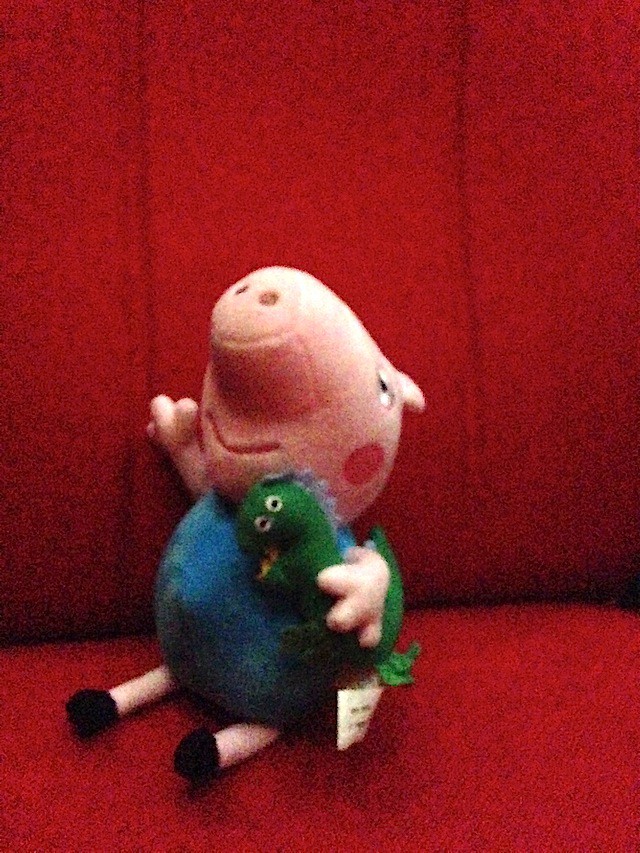 We had a great time!

Sorry for the blurry pics! It was dark in the theater. “Take a picture of George in the chair!,” Timmy insisted. Here it is!

It’s fun to finally see in person these little pigs and their friends who influenced my son to speak with a slight British accent. Haha.

Here’s a trailer of one of the Peppa Pig shows abroad, in case you’d like to take a peek!

PEPPA PIG’s last day in Manila was yesterday, May 3. Their next performance will be in Singapore on May 30. Follow Peppa Pig Live Treasure Hunt news here. According to the videos being shown during intermission, other big shows coming our way are Monster Jam (June) and Dora (October). I’m looking forward to the Dora one — Timmy would love to meet Diego!

Thanks to Vivre Fort Entertainment for bringing Peppa Pig here to Manila!