Many years I ago, I maintained a blog on writing prompts. It was called “What’s Your Story?”. It also became a hub for a lot of my stories and poetry. I’ve recently unearthed some of my favorite pieces from the site, and would like to share them here on the blog.

Candice, founder of the Facebook group Writing Mamas, recently asked our community: What was it that made you decide (or realize) that you wanted to be a writer?

I thought back to my 6-year-old self, discovering the joy of creating stories with a pen and a few sheets of loose paper. I remembered the thrill of my grandfather and my Mom giving me recycled paper when I was in elementary. Those papers were no longer needed in their workplace so I could write on their blank spaces as much as I wanted. I found solace and joy in weaving words together.

Suddenly, the answer to the question was clear. I wrote back saying, “I wanted to tell stories and I’m not much of a talker.” Also, “Writing: An introvert’s way of telling stories.”

I’m ready to share more of those old stories and poems with you guys. Some are fictional, some are true, and some have truth in fiction. Here’s one of the pieces I wrote. I hope you enjoy it, and let me know your thoughts on the ending. 😉

Cinnamon Rolls, My Aunt & I 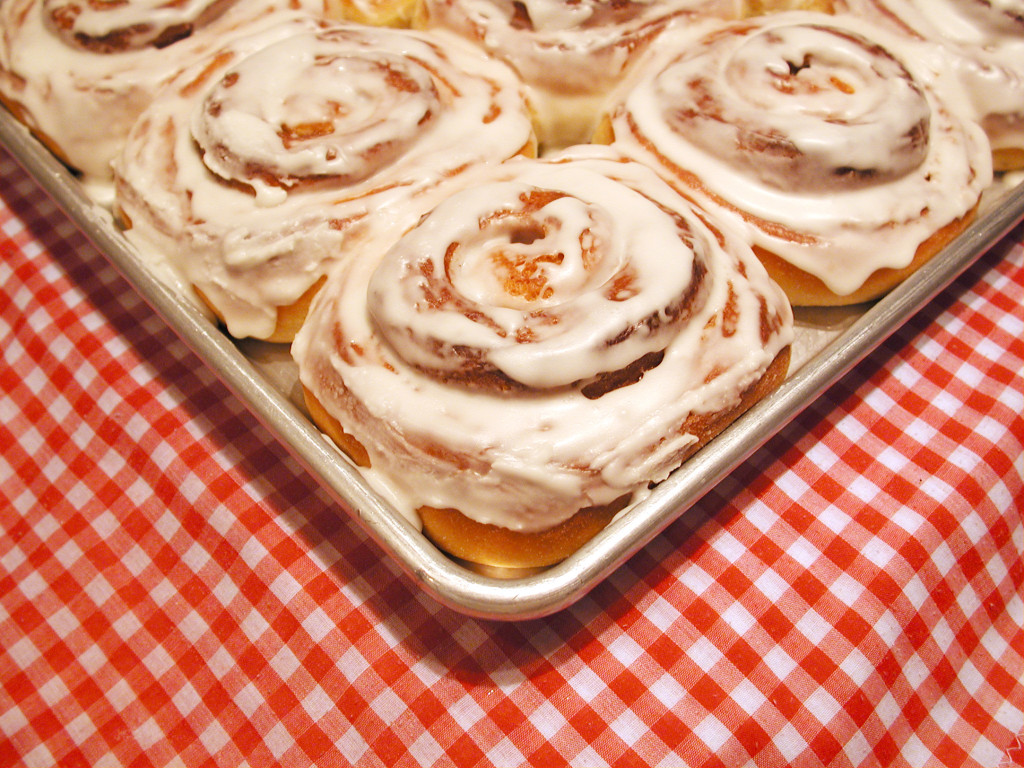 My aunt was a baker. She would get up very early in the mornings to bake bread, and I would leave for school with my lunch box filled with rolls and jam. She liked plumping me up as much as she did making big loaves of bread. As her bakery grew, so did my waistline. I didn’t really mind because her raisin bread, cupcakes, orange bread, lemon rolls and blueberry muffins were always a reason to celebrate.

I grew up to taunts of my schoolmates, but paid them no heed. The victor was always me. Me licking the vanilla frosting off a strawberry cupcake. Me picking out dried apricots from my fruit bread. Me nibbling on the icing of a gingerbread cookie. My schoolmates would watch me rise from the ground and head over to my lunchbox, where I would find respite in my aunt’s baked goods. They would watch me take a bite out of each sweet but stood their ground. Pride kept them from wanting to ask if the raspberry filling of my pie tasted as good as it looked.

I would go home with mud on my face and jam on my mouth. My aunt would scold me for letting myself be bullied, and she would bake a fresh batch of cinnamon rolls to comfort me. It started in kindergarten and carried on till high school. I have sat by her kitchen table forlorn because of a broken tooth, an unrequited crush, a betrayed friendship, a lost doll, a failed exam, a bad haircut, a dateless prom, the one who got away. Each moment would be saved by a batch of cinnamon rolls. The sweetness of it would uplift me and assure me that all will be good.

College saw me part ways with my aunt. She stayed to watch the business, while I traveled outside the country to study art. In the beginning, we kept in touch through letters and photographs, all mailed and sailed over the miles. I immersed myself in my studies, letting months pass by without talking to my aunt. There were parties and sororities to be part of, diets and spinning classes to participate in. I excelled in the art I was studying, and started getting the attention of boys through my figure, gradually becoming svelte. Sweets were no longer a part of my life. And with that written out, I subconsciously had written out my aunt.

After four years, I went back home. I had decided to gather my belongings and move back near my university, where a job and a circle of friends waited for me in the fall. I remember walking up the familiar street, suitcase dragging behind me, watching the neighbors cover their mouths in surprise when they recognized who I was. I was no longer the plump, timid child they knew, they cried out. And had I gotten in touch with my aunt? Her business was thriving, they continued. But she missed me so.

I knocked on the door of my aunt’s home minutes later. There was remorse in my heart, regret for not having kept in touch. But I was busy, you see, I thought. Then there was love in her eyes when she saw me, and she cupped my face in her hands. Without a word, she led me to her kitchen and sat me down. There was only silence and the smell of sugar, flour and butter in the air.

She whipped out a platter of cinnamon rolls, freshly baked and glazed. The aroma tickled my nostrils but I sat resolute, shaking my head. I pretended I had just eaten, even if I was starving. I know my Aunt saw through me and so I watched her place a roll on a saucer and push it towards me.

Silence. The scent of sugar, butter and flour. And cinnamon. The sound of the neighbors’ chatter. My aunt’s warm eyes.

“Eat, my child,” she whispered. “This is home as you may not remember it. It may not be the place where you want to be right now, but it will always be right here for you.”

Her flour-covered hands covered my own, and then I saw the lines time gave her — on her hands, on her cheeks, by her lips, by her eyes, her eyes. The same warm eyes that sensed when I was broken, the same hands that reached out when I was forlorn.

She stood up and walked towards the window, her back towards me.

I reached for one cinnamon roll. The sweetness was initially nauseating, but I knew she was watching me through the corners of her eyes. And so I bit into it.

The flavors, the blueberry muffins, strawberry jam and pie, fairy cupcakes, hot cross buns, gingerbread men and freshly baked bread… they started filling my senses. The kids who called me names, the boys who threw mud in my face, the date who dumped me hours before the prom — memories of them swirled in my mind and the comforting sweetness of the cinnamon roll trumped them all.

Then the ache of distance, letters unsent, empty mailboxes, unwritten notes filled me. They were not my own memories, I wondered. Calendars changing, autumn leaves turning, telegrams only to neighbors, vacant tomorrows… they were my aunt’s sorrows that mingled with the glaze and the cinnamon. These rolls were what pulled me out of my young misery, as they served her while I was gone, while I chose to be gone.

I had not noticed I had finished the roll, nor did I notice tears had fallen from my eyes. I sniffed and dabbed at the tears on my cheeks, pained with regret and shame. She turned from the window and smiled at me gently. I walked over to her slowly, bowed my head, and wrapped my arms around her.

Silence. The scent of sugar, butter and flour. And cinnamon. The sound of the neighbors’ chatter. My aunt’s warm eyes. Her warm embrace.

She broke away and cupped my face in her hands. “So,” she smiled.

Then one of us said, “Let’s go bake some fairy cupcakes.”

Who do you think said the last line?

6 Comments on Cinnamon Rolls, My Aunt & I (Short Story)