Thanks for the feedback on the short stories. I’m happy you’re enjoying them! This is another of my faves, and I hope you enjoy it too! It’s a continuation of a love story previously shared. You can read the first part of Jed’s Guitar here. 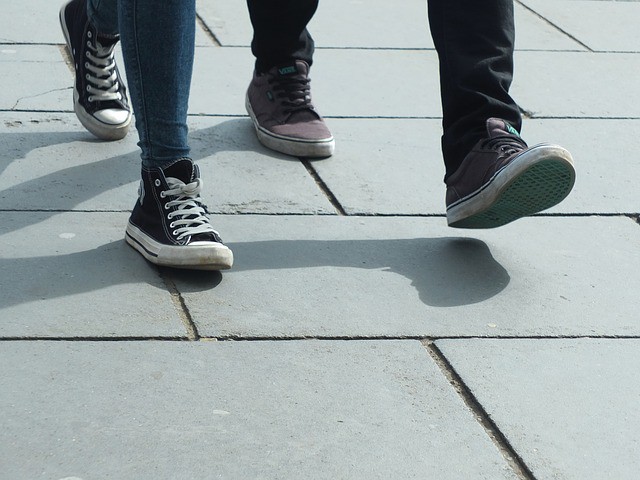 Their eyes met over a mountain of oranges. He was craving for freshly made juice; she was attempting her grandma’s duck l’orange. Of all the places to bump into each other, it would have to be at the fruit stand. By the oranges. And the lemons. Same place they first met.

“How’ve you been?,” he asked, bowing his head as soon as he popped the question. He noticed she had a nice tan and looked cuter.

“Good,” she replied, noticing his hair was longer than usual and looked cuter.

A little awkward chitchat followed, neither one moving forward or sideways. Both carrying on small talk with a mountain of oranges between them.

“You sold my guitar,” he smiled, referring to the item that reminded him of the songs he could have played for her.

“How did you know?,” she sheepishly answered, thinking back to the guilty yet liberating feeling when she shipped it off.

He tossed an orange in the air and caught it with one hand. “I bought it.”

She rolled her eyes. “Of course. Who else would want that rotting piece of wood?” But why did her heart beat faster?

He quickly disappeared behind the orange mountain, then resurfaced with a guitar case on his shoulder. He winked.

She cracked a smile.

“I finished a couple of songs. Maybe I should write another one,” he thought aloud, placing oranges in a basket.

“Yeah, call it Orange You Glad We Found Each Other Again?,” she joked, then bit her tongue as soon as she said it.

She took a deep breath then stepped back from the mountain of oranges. “Bye Jed,” she mumbled.

She was going around the corner when she heard him call her name. She turned and saw him grinning, his guitar slung over his shoulder, his long hair in his face.

“So are you?” he asked, pulling an orange out of a bag.

“Am I what?” she shrugged, watching him peel it.

“Glad we found each other again?” he questioned, splitting the orange and handing her half.

She quietly thought about it, separating each section carefully from each other. “Maybe,” she answered.

They sat on the street corner’s bench, eating their oranges in silence. Then Jed took out his guitar and played her a song.